When Natural Disaster Strikes, Be Aware of Asbestos and Lead Hazards

One of the most disheartening things a person can go through is returning to their home or business to take in the full scope of what a natural disaster leaves behind. Floods leave water damage, standing water and debris in their wake, while hurricanes have the potential to cause catastrophic damage inside and outside your home. 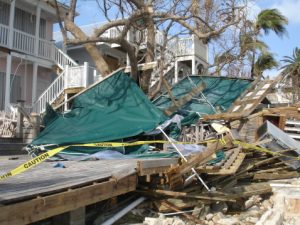 Often it’s difficult to figure out where to start cleaning up. The winds have died down and the water receded days ago, but the lasting effects of the damage poses several immediate and long-term issues homeowners and businesses have to deal with before life can return to normal. Piles of debris and dirty water are often the first things people notice when they survey the damage. But in the midst of checking for foundational issues, electrical problems, and mold, home and business owners should keep an eye out for less obvious signs of damage that could be releasing dangerous toxins like asbestos and lead.

In newer homes (those built after 1980), lead and asbestos don’t pose a major threat, but in buildings built more than 50 years ago, it’s a much different and possibly dangerous, story. According to the Environmental Protection Agency, the older a home is the more likely it is that it contains lead-based paint. For example, an estimated 69 percent of homes built prior to 1959 contain lead-based paint. That number grows to nearly 90 percent in homes built before 1940. In most cases, lead-based paint in good condition is considered safe, but if damaged during a storm, the paint may chip or flake putting people at risk of coming into contact with poisonous lead dust and chips. And that can lead to lead poisoning. 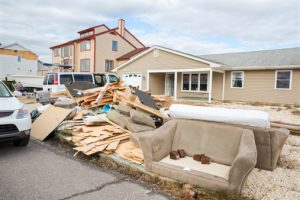 Lead poisoning is often associated with slow mental and physical development in children and can impact multiple body systems. The World Health Organization states there is no safe level of exposure; it should be avoided when possible. Luckily exposure is 100% preventable. For those who do have to come into contact with lead-based paint or other sources of lead dust, the Centers for Disease Control suggest workers wear an approved respirator mask, capable of blocking those particles from being inhaled.

Asbestos is similar to lead in that it is often found in homes built prior to the mid-1980s. Once produced in thousands of different products, asbestos-containing materials were used throughout the construction process – everything from wall materials, asbestos siding and shingles to acoustic panels, floor tiles, popcorn ceilings, and furnace cement. While asbestos-containing materials are safe when they aren’t damaged, damage can result when a natural disaster causes broken or damaged products that release invisible asbestos fibers into the air. 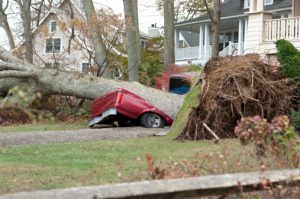 Much like lead, the Occupational Safety and Health Administration states there is no safe level of exposure to asbestos. If inhaled or ingested, asbestos is capable of causing several dangerous diseases. When asbestos enters the lungs, the fibers settle and may lodge themselves in the lung lining, called the mesothelium. In rare cases, those fibers may travel through the lymph nodes to other areas of the body, including the heart and abdomen. Both mesothelioma and asbestosis have a long latency period ranging from 10 to 50 years and are often misdiagnosed when symptoms finally start to show. Because of that, the disease often is not treated until its later stages when the treatment options are few.

If you suspect that asbestos-containing materials in your home were damaged during a natural disaster, do not attempt to remove those items on your own. A professional inspector is capable of testing areas to see if asbestos is present and then determine what the proper course of action is for that situation. Improper removal and disposal of asbestos is dangerous and should be left to licensed professionals trained to handle it. 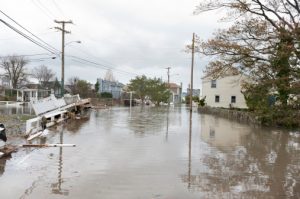 A flood, hurricane, or other natural disaster can easily create chaos, but being mindful of your safety and understanding how to handle toxins like lead and asbestos make the cleanup process even more worthwhile. Papers, furniture, and rugs can always be replaced, but your health cannot , so preserving it becomes paramount. Be safe, be aware, and avoid unnecessary exposure to lead and asbestos by being informed of it’s potential harm.