Environmental Testing Services Should be on Your Home Inspection Checklist

The median age of an American home is 40 years old, according to the U.S. Census Bureau, with 40 million of the nation’s 132 million homes built in the 60s and 70s; 21 million homes built in the 40s and 50s; and 20 million homes constructed before 1939. A big chunk of the nation’s housing stock is aging—with potentially hazardous components once a standard in construction, but not acceptable today. Even newer homes have materials that can deteriorate because of water and other natural forces. Because most home inspectors lack the knowledge and certifications necessary to test for potentially toxic substances, homebuyers should schedule an environmental inspection before plunking down a deposit. 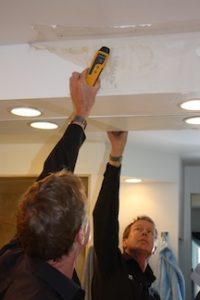 “I always recommend environmental testing as part of a home inspection checklist,” says Fiona Dogan, a real estate salesperson at Julia B. Fee Sotheby’s International Realty in Rye, New York. “You invest in environmental test services up front to prevent a bigger problem later.” Dogan said she also recommends environmental testing for sellers in order to identify issues before putting a property on the market.

Environmental testing also helps homebuyers uncover issues that could impact their families’ health, says Nelson Salazar, a real estate salesperson with Coldwell Banker. “For example, we’ve seen a seller move out, and the incoming buyer became sick due to the well water,” he said. “It’s best for everyone to know up front what the issues are. Once you buy a home, you’re less likely to do any future testing.”

What Environmental Tests Should I Have?

An array of residential environmental inspection tests is available. Many realtors suggest these as a starting point:

Mold can be hidden in the walls, under a coat of paint, and beneath carpeting. Home inspectors will look for visible signs of mold, but unless they see it or smell a musty odor, a prospective homebuyer is unlikely to find out if a house has mold. Mold can be present wherever water or moisture has seeped into a home—around leaky pipes, windows, roofs, or basements that may have flooded and not properly dried. Mold exposure can cause or worsen health issues like allergies, asthma, and more serious respiratory illnesses. 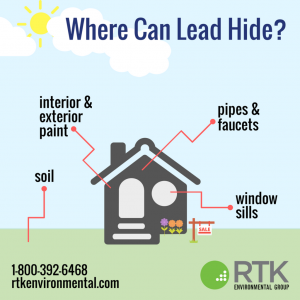 Because lead-based paints were not banned until 1978, many older homes are likely to have lead-based paint. Paint chips can flake off from deterioration—or, during renovations, be released into the air as lead-based dust. Lead can also be absorbed into soil. Older pipes, faucets, and plumbing connectors may contain lead, which can leach into drinking water.

Before the 1980s, asbestos was used in roofs, pipes, heat lines, attics, outside siding, flooring materials, ceiling tiles and wallboards. When left untouched, asbestos doesn’t typically pose a health risk, however, particles may break down and can pose health problems. If a homebuyer is planning any renovations, asbestos testing should be more than a mark on the home inspection list.

Radon is a radioactive gas that has been found in homes all over the U.S., and found at elevated levels in one out of every 15 homes and causes about 21,000 lung cancer deaths each year, according to the Environmental Protection Agency. This is a must for all homebuyers. 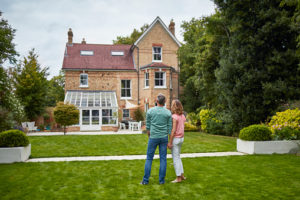 If environmental issues are found prior to going to contract, the seller may take care of them, says Dogan. “For example, if mold is tested for and found, the seller might take out sheetrock, do mold remediation, perform a re-test to ensure it’s been removed properly, put back the sheetrock, and repaint. If the environmental situation isn’t resolved, the house will be stigmatized. It won’t sell,” she said.

Salazar agreed, noting that the he has on more than one occasion negotiated environmental remediation as part of the contract between buyer and seller.

Not all environmental hazards are obvious. They require expertise, licensure, technology, and experience. To find out more about RTK Environmental Group’s professional environmental inspections performed by Certified Microbial Investigators, and licensed lead and asbestos inspectors, call 800.392.6468 or fill out our online contact form.

93% of chronic sinus infections have been attributed to mold. (Mayo Clinic, 1999)