When disaster strikes, time is of the essence to an insurance company. The faster the damage or spill is repaired, the lower the Additional Living Expenses or ALE bill. Yet, many insurance adjusters overlook one important way to shave thousands of dollars off of costs, according to Charles J. Reilly, Jr., President of Edward R. Reilly & Co., Inc., who is also the former Regional Vice President of the National Association of Independent Insurance Adjusters, and past President of the New York Association of Independent Adjusters, Inc. Reilly advises that using the right environmental inspection firm can help 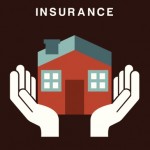 keep the ALE down. We spoke to him on how adjusters should choose an inspector.

“When it comes to dealing with disasters that involve mold, oil, asbestos, petroleum, and the like, we need to move quickly and carefully to minimize the impact on everyone involved,” Reilly says. Of course, companies need to be experts in what they do, and they should have a tried and true track record. But he says he also looks for four key qualifications when hiring inspection firms:

1. Independent Firms With No Conflict of Interest

“We will not work with a company that has dual capabilities – one that does both testing and remediation,” says Reilly. “That is a conflict of interest, so we only hire companies that do testing or remediation, but not both. That’s why, when choosing a technical inspector, the first thing we look for is an independent firm,” he continues. 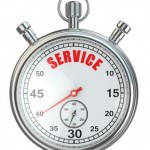 It is important to move quickly – not only for those who are the victims, but for the insurers as well. ALE quickly add up in situations involving water intrusions, asbestos, and petroleum/oil issues. Therefore, high-speed and high-quality environmental testing is critical.

“Everyone needs to work together quickly – the carrier, adjuster, and technical team,” Reilly says. “An environmental testing company needs to get to the site fast and with the appropriate technical people for the job at hand. We hope for an inspector to be on site within 48-hours of the incident. The faster you’re out there, the better off everyone is. Then we can stabilize the situation and start moving forward.” 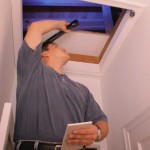 Once the inspector assesses the scene and takes samples, prompt turnaround time is just as important as initial response time. “We know that it takes time because there are labs, analysis, and reporting involved, but getting results back in a timely matter is critical,” Reilly says. “We want to minimize the exposure of a problem, and get the ball rolling on remediation. The faster we can do that, the lower the ALE or loss of income for a business will be.” 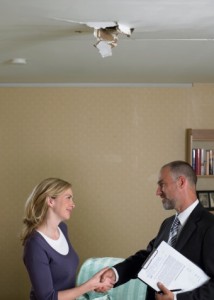 Reilly says the inspector’s initial job isn’t over after the report is submitted. There must be ongoing communication among the adjuster, testing firm, insurer, and remediation company. And, the inspector’s report must be in clear and understandable language, and present the best method to approach the situation. “I like to have interaction throughout the process, and on some jobs will test midway through to make sure the job is being done properly and to avoid problems down the road,” Reilly emphasizes. He also recommends post-job testing to make sure the cleanup is done correctly. “When we’re pushing the envelope hard, people can make mistakes. Post-construction cleanup testing is really important – for everyone’s benefit.”

How much can ALE really add up to?

We know that ALE can accumulate quickly, but we wanted to find out just how much. Robert Weitz, founder of RTK Environmental Group, provides some insight. “We’ve had insurance adjusters come back to thank us because we saved them tens of thousands of dollars,” says Weitz, a certified microbial investigator. “In one recent case, where there was a water leak at a high-end apartment in NYC, the ALE were around $12,000 per day. We were on the job within 24 hours, and had a report completed within a few days. Based on their expected turnaround time, we saved the insurance company close to $48,000, and got the insured back home quickly, which made everyone happy.”

If you would like to speak with an expert at RTK about their services for insurance companies, please call us at (800) 392-6468 or email us at welcome@rtkenvironmental.com.

Nationally, there are thousands of contaminated sites of varying size and significance in settings ranging from abandoned buildings in inner cities to large areas contaminated with toxic materials from past industrial or mining activities. (EPA)