Lead poisoning has become a hot topic once again after a new study was released by the journal Environmental Science & Technology showing that children’s levels of exposure outdoors to lead-contaminated airborne dust explains why there are seasonal changes in their blood lead levels. This is true even if lead found in the dust was deposited in the soil years ago.

According to the study, levels of lead in the bloodstream among children living in U.S. cities can rise by more than 10 percent during the summer months, and then decrease during winter and spring. 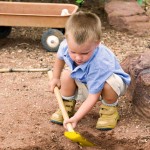 Additionally, wind, humidity and other weather-related factors increase the amount of lead-contaminated dust in the air during those three months, when children are also more likely to be outside, according to US News & World Report.

Every year, over 500,000 children, under the age of six, in the U.S.A. alone, are diagnosed with lead poisoning. Incredibly, this does not include the number of children between the ages of six and eighteen that already suffer from lead poisoning. 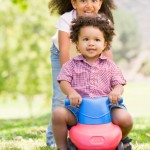 Lead poisoning causes autism-like symptoms, brain damage, lower IQ, ADD, reduced neonatal weight, damage to the nervous system, and behavior and learning problems. Yet the EPA still fails to revise key lead-poisoning hazard standards, according to a USA Today report, in which Howard Mielke, a soil contamination expert at Tulane University’s medical school said the soil standard is too high to protect kids from harm. “It’s outrageous we aren’t acting on what we know,” he said.

The EPA announced its standards for how much lead is dangerous in dust and soil in 2000. Since then, a growing body of research has shown children are significantly harmed when exposed to far lower levels of lead than previously realized, the article stated. 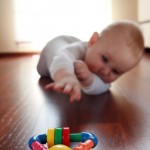 The only way to definitively protect yourself and your family is to have your home and property tested for lead dust. Once spring comes, your children and pets will be playing in that soil, and the effect on their health could be devastating. For more information on lead poisoning and soil contamination, click here. Call RTK today at (800) 392-6468 or click here to book an appointment.