New York City has long led a battle against lead poisoning, but in recent years children living in far too many neighborhoods throughout the boroughs have tested positive for unusually high levels of the dangerous toxin. This is also true for Westchester County, Long Island, and many surrounding communities within the Tri-state area.

And new reports show that lead poisoning may be more deadly than previously thought. 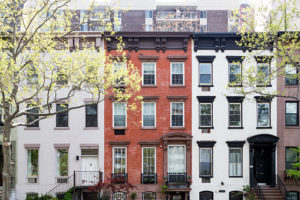 A 2017 Reuters investigation spanning 11 years, for example, identified nearly 70 neighborhoods in the City that had elevated lead levels. In the more extreme cases, children actually tested for lead at double the rate of people who were tested in Flint, Michigan during the peak of its now infamous water contamination crisis in 2014.

Some of the worst local cases were found in Williamsburg, Brooklyn. But other neighborhoods that have had high instances of lead poisoning included Washington Heights, Harlem, Queens and the Upper West Side of Manhattan. Soil testing actually detected lead levels in many Brooklyn backyards and parks that were comparable to federally designated Superfund sites, according to the Reuters report. 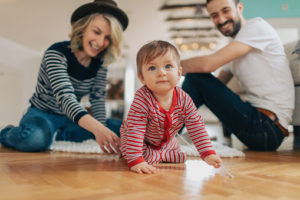 “Small children ages one-to-three typically are at greatest risk,” Reuters reporter Joshua Schneyer told WNYC in a late 2017 interview about the investigative report. “Many children in this age group still have hand-to-mouth behaviors, they’re crawling around, and they’re gnawing at things. And this can be risky if they live or spend time in older housing.” Additionally, lead dust from nearby construction and lead-painted window sills can spread to newer apartments and homes, making the occupants just as susceptible to lead poisoning.

Why is this happening? 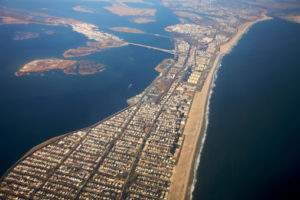 Contrary to commonly held beliefs, lead poisoning isn’t isolated to industrial or urban areas — and it’s not merely a concern for lower income areas. It can occur anywhere, in any neighborhood, in high-rise apartments, mid-size buildings and renovated brownstones. According to the 2010 U.S. Census, around 80% of housing stock in the NYC area was built prior to 1980, which means that exposure to lead poisoning exists.

Often, elevated lead levels are tied to old paint that has chipped or been sanded down along with the associated dust from both; a result of spilled fuel or oil containers; or come from old plumbing or exposed pipes. In other words, it can be found anywhere, and it inevitably raises a slew of questions and concerns regarding one’s health, safety and well-being.

Regardless of the situation, the symptoms can be devastating and debilitating — to children, adults and pets. New findings show that even low exposure over long periods of time can lead to premature deaths.

While New York City has significantly decreased exposure rates, far too many people remain vulnerable because of lead-based paint found in older homes and apartments, along with other factors such as contaminated water, soil, and consumer products, says Robert Weitz, a principal with the environmental testing firm RTK Environmental Group headquartered in Stamford, Connecticut.

“If your home or apartment was built before 1978, it’s important to get it tested for lead paint,” says Weitz, “especially if you are undergoing anything from a small paint job to a total interior or exterior renovation. A tiny speck of lead dust from old paint or lead leaching from plumbing is enough to create a lead poisoning risk.”

Symptoms can include common ailments such as headaches, a lack of appetite, vomiting, and in more severe cases, seizures. Learn more about lead poisoning symptoms here.