Black spots of mold are not just destroying your wallpaper; it’s likely their toxins are lodged in your family’s lungs.

A new study reveals that airborne fungal toxins can develop more readily than previously suspected. It is likely that this will have big implications for future studies of “sick building syndrome.” 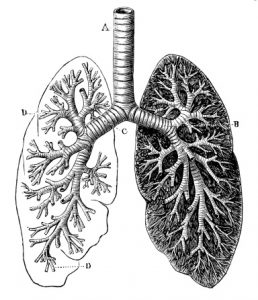 While we’ve known that indoor mold releases spores into the air, the study found that three common fungus species also produce small, toxic particles known as mycotoxins that are easily inhaled and can deeply penetrate into the human respiratory tract.

“We’ve demonstrated that mycotoxins can be transferred from a moldy material to air, under conditions that may be occurring in buildings,” explains Jean-Denis Bailly, D.V.M., Ph.D., co-senior study investigator and professor of food hygiene at the National Veterinary School of Toulouse, France. “Thus, mycotoxins can be inhaled and should be investigated as parameters of indoor air quality, especially in homes with visible fungal contamination.”

Robert Weitz, a certified microbial investigator and principal of RTK, warns homeowners that they should not to wait to see evidence of mold before testing for

“We recommend regularly testing indoor air for all toxins, including mycotoxins, whether you see mold or not,” he says. “Often, there’s hidden mold growing inside walls and cabinets, and their toxins continually are released into the air.”

The study, published online in June by the American Society for Microbiology’s Applied and Environmental Microbiology journal, showed that contaminated wallpaper contained three species of fungus: Penicillium brevicompactum, Aspergillus versicolor, and Stachybotrys chartarum. These species, long studied as sources of food contaminants, “are frequent indoor contaminants,” Bailly says. The investigators then simulated airflow over the wallpaper and tested the air.

The study calls for further investigation of the health risk airborne toxins pose. It also pointed out that today’s energy-efficient homes are prime breeding grounds for mycotoxins. 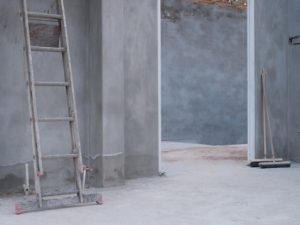 “There’s always been a problem with mold and toxins such as asbestos and lead released during renovations of older homes,” says Weitz. “But the way new homes are constructed today can also contribute significantly to this problem. We are building homes and buildings that are energy efficient to save money on heating and cooling, but these environments are often so air tight that they literally can’t breathe.” An environment that is airtight can develop mold problems much more easily, especially in areas where there is more moisture, like bathrooms, kitchens, and laundry rooms, Weitz explains. Even water-using appliances such as coffee makers or rice cookers can increase humidity that can lead to mold, he says.

Weitz also notes that brand new construction can harbor built-in conditions conducive to mold. “Construction materials such as wood that are left outside for a significant amount of time before they are used can present future issues. They get wet from rain and humidity, then are sealed tight when they are put in place while still damp. This can cause a mold problem right off the bat,” says Weitz.

If you are concerned that your home, business, or place of employment may have poor indoor air quality or sick building syndrome, please feel free to call us to discuss testing options that may be right for you at (800) 392-6468.

For more in-depth information on this new study, click here.

People who become ill from asbestos are usually those who are exposed to it on a regular basis, most often in a job where they work directly with the material or through environmental contact. (NIH)