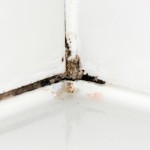 We tend to think that mildew is not a big deal — just a little discoloration that can be fixed with a spritz of ammonia or detergent. The ugly truth is that it is a form of mold, and may be a telltale sign of a much bigger problem – mold infestation. This happened to Anne M. of Katonah, NY. Here is her true story.

“Even though I cleaned my bathroom every week, there was one 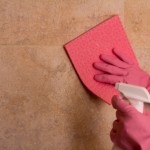 spot of mildew in the corner near the shower that would keep returning, even after I sprayed with a detergent containing bleach. This went on for a year, maybe a little longer. I never thought anything of it – just that the wall got wet from the shower, and caused this spot to reappear. Wow, was I wrong! Fast-forward one year. 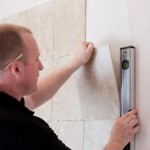 One day, my husband noticed that the “throne” was bouncing a bit. Why would the toilet be moving? That’s when we decided we should test for whatever might be lurking under the floor. We called in RTK Environmental Group. They tested the floor as well as the walls and found that mold had eaten away the floorboards and the walls, in places that we couldn’t see it. We were completely infested.

When the contractors came in and ripped out the first wall, it was black. The insulation, 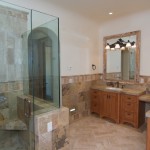 drywall, beams – everything was covered with black mold. It was horrifying! The entire bathroom had to be ripped out. That little spot of mildew turned into a $25,000 repair.

I had no idea that this could happen! Had I known, I would have had a mold inspection right away.  The test would have discovered the mold before it had a chance to proliferate. And a small, relatively inexpensive repair would have solved the problem. Lesson learned.” 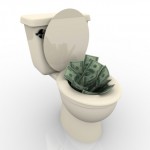 So if you have what appears to be a small, innocent spot of mildew, have a mold inspector come in to test it. It may be nothing, but it also may be the start of a huge problem. Don’t wait! You (and your bank account) will be much happier in the end.

People who become ill from asbestos are usually those who are exposed to it on a regular basis, most often in a job where they work directly with the material or through environmental contact. (NIH)