Many people wonder whether they should have lead testing done when they are buying a new home. The answer is always yes. Even if the seller says that there is no lead, you should still have a lead test done. Why? Because the way the EPA rules are written, sellers and landlords must disclose known lead-based paint hazards. But if they have never done a lead test, then they can claim they didn’t know about it and are legally covered. Because of the language, there are loopholes. It’s sneaky, but it happens.

However, if a seller or landlord does know about any lead-paint hazards, there are certain rules they must follow:

• They must provide any available written reports to buyers or renters on the lead hazards that exist, including lead testing reports and lead abatement information.

• Sellers and landlords must give buyers and renters a pamphlet from the EPA, HUD and CSPC titled “Protect Your Family from Lead Paint in Your Home.”

• Notification and disclosure language for the existence of lead paint hazards must be included in sales contracts and leasing agreements.

• Sellers, lessors, and real estate agents share responsibility for ensuring compliance. Since they are liable and this is a buyers market, you may be able to negotiate the cost of lead testing into the price of the home. Buyers have a 10-day period (unless otherwise agreed upon) to conduct a lead-based paint inspection or risk assessment.

The most important thing is that you have your potential future home tested for lead, regardless of who pays for it. An independent lead inspector will perform the tests and provide you with an unbiased report and plan for what the next steps should be.

Lead paint and lead dust both cause lead poisoning, especially in the three most at-risk groups: children, pregnant women and pets. But everyone is at risk and needs to take precautions. Lead testing will let you know if you have an elevated level of lead in your home. Hire a certified lead inspector to conduct a lead test – it could save a life. 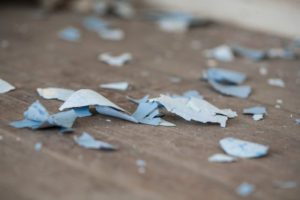 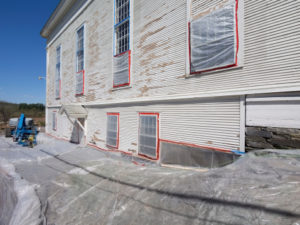 If your home or apartment was built before 1978, before the use of lead paint was outlawed, chances are there is lead-based paint somewhere. If the paint layers are sanded or chipped, lead dust will result. You are a prime candidate for lead poisoning. Unfortunately, lead dust can be invisible. That is why it is so important to have a lead inspection in your home, as well as have your family members tested for lead – it’s a simple blood test.

Where is lead found?

If a lead test reveals that you have lead in your home, a lead abatement plan will help you to rectify the situation. Contact RTK Environmental Group to assist you with lead testing.

As the weather gets warmer, we like to open our windows to let in the fresh air. Problem is, that air is not as fresh as you think. What you may not realize is if you live in a house constructed before 1978, simply opening a window could result in the release of toxic lead dust. Where does the dust come from? Paint that’s cracking. And the simple act of opening or closing the window grinds the paint (we’re talking about lead-based paint that was prevalent pre-1978) into powder, thus releasing lead dust in and around the window.

How is this harmful? Duke University researchers studying Connecticut school children discovered that those who had ingested even the smallest amounts of lead or lead dust years earlier did worse on fourth grade reading and math tests than children who had never been exposed at all. Furthermore, the study demonstrated that even levels of lead below the legal limit could have a detrimental effect on child development. Children with low-level exposure (below what has been established as “dangerous”) had lower scores than those with no exposure at all.

Lead paint was banned by the federal government in 1978, effectively lowering the percentage of children with high levels of lead in their blood from 88% in the 1970’s to 1.6% in 2005. Even so, it only takes a speck of lead dust the size of a grain of sand to poison a child, or a pet, or a pregnant woman, according to the Center for Disease Control.

What Can I Do?

1. Replace the old, original, lead painted windows in your house, which will eliminate a main source of lead dust, and in turn limit exposure to lead dust, thus significantly lowering the risk of lead poisoning.

2. If you suspect your house might contain lead paint, have your house tested for lead. If it is determined that your house is, in fact, contaminated, be sure to eradicate the source of lead dust.

3. Have your family tested for lead poisoning. A simple blood test can determine your level of exposure and indicate the level of treatment necessary.

These few easy steps can ensure that your home is a safe environment.