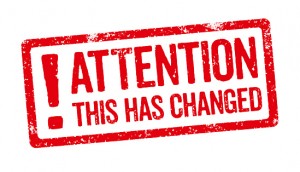 wn property in New York State, a new law aimed at protecting homeowners from mold remediation con games can save you thousands of dollars in unnecessary repairs, as well as protect your health. The law, which went into effect January 1, 2016, bars a contractor from assessing a home’s mold problem and then doing the cleanup. This necessary measure was taken to avoid a scam in which a company exaggerates or lies about a mold problem in order to make large profits on remediating a very small problem. The law also requires NYS licensure and certification in order to conduct mold testing or remediation, which will prevent unskilled workers from improper handling of mold and possible cross contamination that can lead to health issues.

“This is great news for everyone,” says Robert Weitz, Principal and Senior Project Manager at RTK Environmental Group, which serves scores of clients in New York every day.  “When one company does both testing and remediation, consumers may view that as an advantage as all they have to do is work with one company. But as soon as you explain the inherent conflict-of-interest, they understand it right away. Our clients recognize the value of dealing with two companies, to make sure that the work is done properly and efficiently.” 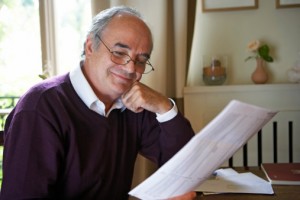 According to the New York State Department of Labor, the law mandates that an assessment be performed to define the scope of mold remediation before the cleanup is carried out, a practice that RTK has employed for decades.

Consumers and lawmakers began to understand the depth of the industry-wide problem when Superstorm Sandy, which slammed parts of New York with storm surges and flooding in 2012, brought an increased public health risk from mold growing in homes and commercial buildings.

“Unfortunately, many Superstorm Sandy victims found that those who claimed to fix their
mold problems were actually unqualified scammers who took their money and left their homes in a dangerous condition,” Kaminsky said.

Weitz points to a lack of knowledge at the time about how to properly deal with mold infestation. Consumers didn’t realize how much of a health hazard indoor mold was, and the contractors didn’t understand the complex and technical steps required in removing indoor mold.

“You had contractors haphazardly ripping out walls and floorboards to get the job done as quickly as possible. In doing so, they managed to cross-contaminate entire dwellings, adding expense and health risks for the homeowner,” said Weitz.

Superstorms aside, most of mold remediation scams come down to contractors who both remediate and test for mold in order to inflate their profits; the more mold they can identify, the more they can profit from remediation.

“A home we inspected recently had a leaky pipe in a finished basement. Carpeting, wallboard, some furniture, and toys had to be discarded,” said Weitz. “An unbiased mold inspection will pinpoint the source of the mold and provide a remediation plan that can be given to the remediation contractor of your choice. It’s really the most honest and cost-effective way to clean up an unhealthy mold problem. I’m really glad that New York State has taken the step to protect its residents and businesses from mold scammers.”